This post covers the errors I experienced when switching from disconnected to connected mode in JSS, and how I solved them.
In this post
#Sitecore#JSS#JavaScript

To run connected mode, I needed to deploy my app to Sitecore, which did not go smoothly. This post covers the errors I experienced and how I solved them. 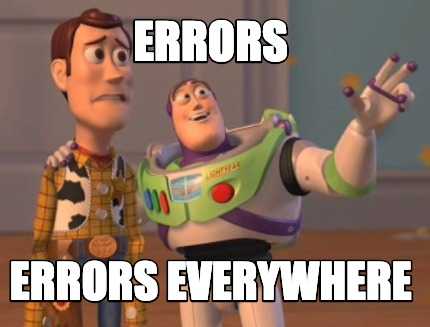 My scenario: I had an existing Sitecore 9.1 instance installed on my machine, which housed an SXA website. I wanted to deploy my JSS app as a new, sibling website into this instance.

To set up a new website in Sitecore, I registered a new hostname in IIS and hosts file (instructions here: App Deployment: Configure your app’s site and host name). Additionally, since my Sitecore instance is configured to enforce SSL, I added a second binding in IIS which referenced a self-signed certificate. 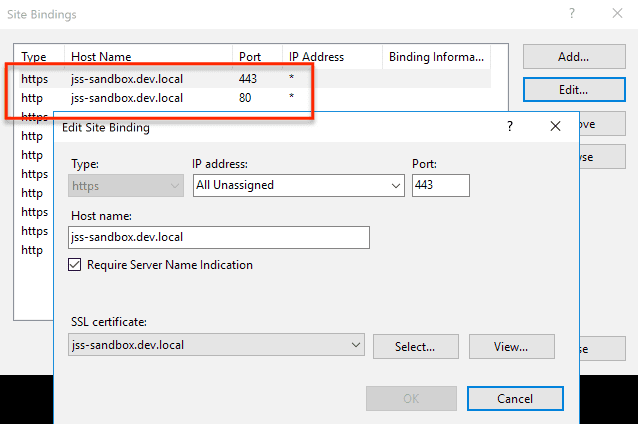 I created two new configs in \App_Config\Include\. The first (jss-sandbox.config), which was generated when I created the app with jss create, contains a standard Sitecore site definition, plus JSS app registration and GraphQL endpoint registration. The second (jss-sandbox.deploysecret.config), which was printed as the output of the jss setup command, contains the app’s deployment secret.

With configuration of hostname and API key completed, I was ready to deploy my app to my local Sitecore instance using jss deploy app --includeContent (App Deployment: Local Sitecore Instance)

My deployment failed with the following error

I tried hitting the URL from the error message in the browser and saw the “Your connection is not private” warning that’s typically seen when there’s something wrong with the SSL certificate. It’s easy to bypass this warning in the browser, but I needed a way for the JSS deployment to bypass it too.

Turns out there’s an extra flag that can passed to jss deploy to achieve this. From release notes:

It’s worth noting that the first time I tried the above command, it failed mysteriously. I didn’t understand why it was failing. As you can see from the error message, the thumbprint that I was sending and the thumbprint it expected appear to match perfectly.

To debug this, I used VSCode’s “Find in Folder” feature to find which JSS file throws the error I was seeing (Note: if you don’t see results, check for an exclusion rule for the node_modules directory in settings).

Using this technique, I found the file that compares the certificate thumbprints, and I added a few console.log statements to get a clue on what’s going on. node_modules\@sitecore-jss\sitecore-jss-dev-tools\dist\package-deploy.js

There is no build step needed when new code is added to node modules in this manner; it becomes part of the module automatically. However, it will be overwritten if the module is ever upgraded.

As can be seen from the command output, the problem was that there was an unprintable ANSI character at the beginning of my input string. Apparently, this happens when the thumbprint is copied from IIS’s certificate manager. Running the string through notepad cleared up the bad character and allowed a successful deployment.

After the successful deployment, I tried validating the deployment by opening my pages in integrated mode (Experience Editor) and connected mode (jss start:connected).

Both modes showed CORS errors in the console.

As the error message states, the problem was that Sitecore was trying to access the JSS API at an http endpoint from an https domain. The fix was to make sure https was used everywhere. API endpoints are defined in scjssconfig.json.

In addition to validating integrated and connected modes, I also wanted to verify the GraphQL endpoint. But alas, a couple more error to resolve.

[XmlException: Root element is missing.] - I’m glad Kam on the product team quickly recognized this, because this was another mystery error. This happens when being logged into Experience Editor in the same browser session as Graphiql. Hey, at least this one is easy to resolve.

SSC API key is required. Pass with 'sc_apikey' query string or HTTP header. - For this error, I had to add an SSC API key to Sitecore and pass the key GUID to the query request via sc_apikey={GUID} Sitecore GraphQL API: Setting up Sitecore GraphQL